What is your background and what were you working on prior to joining USDS?

Prior to USDS, I worked at the White House Office of Science and Technology Policy, where I wore two hats: Senior Advisor to the United States Chief Technology Officer, Todd Park, and Chief of Staff for the CTO team. At OSTP, I led various portfolios at the intersection of tech and social justice — including combating human trafficking, preventing sexual assault on college campuses, advancing criminal justice reform, and increasing diversity in tech. These roles were perfect at the beginning of my career because they exposed me to a variety of different issues — from broadband policy to health data and everything in between.

How did you come to be a founding member of USDS?

During the healthcare.gov rescue, I remember getting a call one morning from Todd, telling me that he wouldn’t be back in the office until the website was fixed. He wanted me to make sure that our office ran smoothly in the meantime. Earlier that summer, we had already started discussions on what a new unit to attract technical talent into government would look like, which we saw as a natural evolution from the Presidential Innovation Fellows. The conversations were happening in partnership with GSA, which launched 18F a few months before USDS. When Todd left OSTP in August 2014, I decided to take some time off. I had already been at the White House for 4 years and felt pretty burnt out. I helped design and launch USDS (and even seed some of the first employees) and was considering a job in New York. The week Megan Smith started as the new CTO, someone mentioned that the USDS team at U.S. Citizenship and Immigration Services (which was just one person at the time) was having a hard time navigating the bureaucracy there and getting senior staff to commit to USDS work. So I went over there, thinking it would just be my last thing… and instead stayed an additional two years.

In the early days, did you imagine USDS would grow into an organization of 170+ people? What did you see as future of USDS after healthcare.gov?

One of the early brainstorming sessions for the design of USDS was on January 15, 2013. Back then we were referring to it as Operation X. On that day, did I envision that the organization would one day grow to 170+ people? Honestly, no. But as time went on, and the President’s support increased, and people like Mikey Dickerson committed to helping us create this new unit, and federal CIO Steve VanRoekel identified a source of funding for this (huge win, btw!), I think that’s when I realized the need for this was clear and the enthusiasm was palpable. Once we had built the infrastructure, we still needed people to do this work — and I’ve been blown away by the number of people who have since shown up, eager to help!

What is your most memorable success or challenge story while serving your tour of duty? What were you working on?

Mikey and I would often joke that he would assign me to whatever thing was on fire at any given moment. For example, one day I was walking to Department of Justice, where I was working on reentry, when Mikey called to tell me that I’d be working on a national security project instead for the next few weeks. Another time, we had just started a discovery sprint on refugee admissions, which I had spent a long time building support for, when Mikey called (on a Sunday) to tell me that the State Department had stopped processing visas and I should head there first thing the next morning. A lot of my time at USDS was spent like this. I think it’s because I had previous White House experience and knew a lot of the policy staff personally — plus I work well in a crisis and can navigate bureaucracy. For that reason, everything felt challenging (always bouncing around responding to the crisis of the day / week / month) but my most memorable “success” was convincing DOJ to delay the launch of their new gun background check system in early 2016. Things went downhill from there, but I did get to work closely with my now-husband Ron…so that’s a win.

In 2012 you were able to hack the bureaucracy of the correspondence office, making President Obama the first President to respond to letters that were in foreign languages. This reminds me of two of our values, ‘Find the truth. Tell the truth.’ and ‘Create momentum.’ Did this experience shape how you worked while at USDS? Do you still have the values in mind in your work or life today?

The White House used to host brown bag lunches with senior staff and invite younger staff. One of them early on was with Alyssa Mastromonaco, and I remember her saying “fortune favors the bold” in reference to one of her stories that felt like a failure (which went on to be an iconic moment on the 2008 presidential campaign!).

I think that President Obama instilled in all of his staff the sense to do what is right, not always what is easy. That value changed the way we all approached our work, how seriously we took it, and the greatness of the responsibility instilled in us by the American people. When you remember that you’re here to make people’s lives better, to create a more secure future for all people, to protect our earth — you have no choice but to tell the truth. Even when it’s hard, even when it’s unpopular, even when it means that people try to keep you out of the room. You show up and you tell the truth anyway.

All of my bosses encouraged me to be bold, and I always worked hard to maintain their trust and confidence. As a result, when I was fired up about something or needed their support to get something done — I had it. I was unbelievably fortunate in that sense.

You’re now working at New America — what is the mission of the organization and what are you focusing on?

I was so lucky to get to work closely on immigration and criminal justice with Cecilia Munoz when she was the director of domestic policy. In many ways, this is how I came to understand that my superpower is translating between technical and non-technical groups — getting them to trust and understand each other’s needs. When I left in September 2016, I spent some time consulting with Comedy Central (so fun!), working with NGOs, and figuring out what was next. For about two hours, I was the Chief Technology Officer of Puerto Rico. That’s a fun story, but ultimately, I decided that I had not spent enough time debriefing what I had learned over the past 6 years to dive into another intense, high-level role.

Around the same time, Cecilia approached me about a new team she was forming at New America that would aim to build technical expertise within NGOs, advocacy groups, and local governments. She had been changed by her experience working with USDS and was a full believer in our methods. She wanted to bring that same approach to other organizations, and she wanted to spread her understanding of tech and process re-engineering in the policy world.

So, for the past two years we’ve been building the Public Interest Technology team. We use a lot of the same tactics as USDS, like embedding ourselves in partner organizations and conducting discovery sprints, but we expand on the work done in the White House by reaching outside of government to various service delivery and advocacy agencies. We’re also trying to work ourselves out of existence essentially, by preparing these organizations to do this type of tech work themselves and working with policymakers to make sure we clearly anticipate and prepare for the implementation challenges associated with any piece of legislation impacting vulnerable communities. 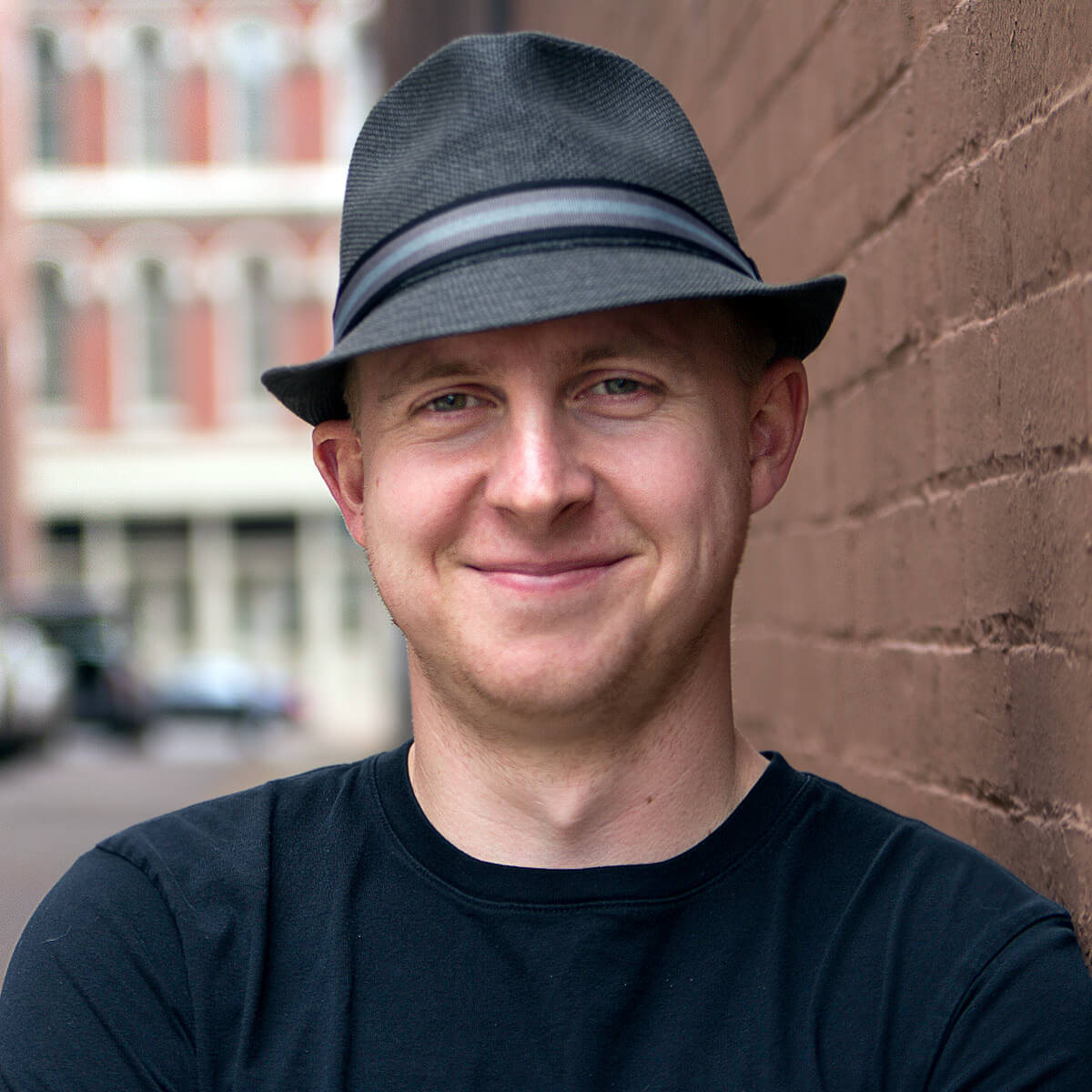 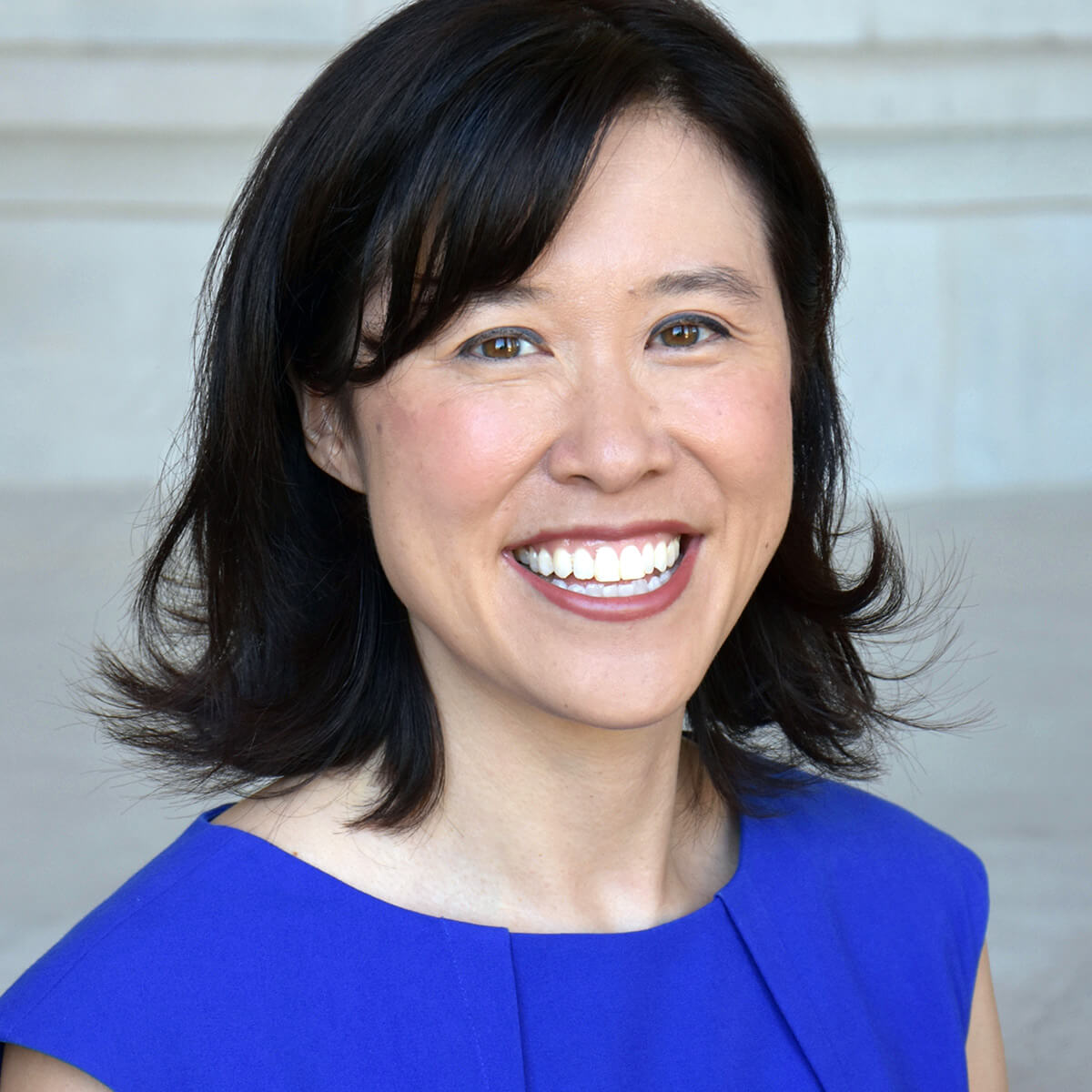 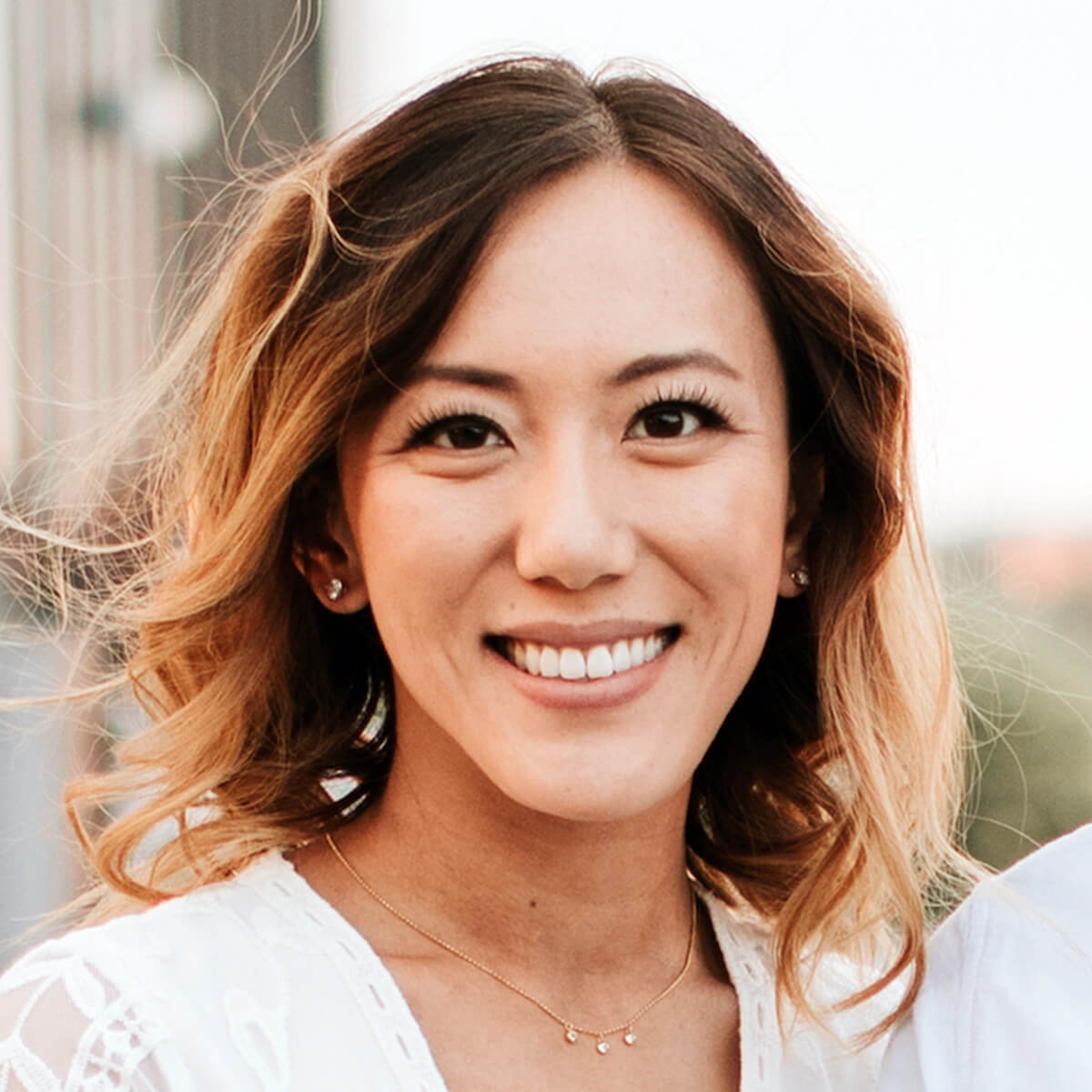 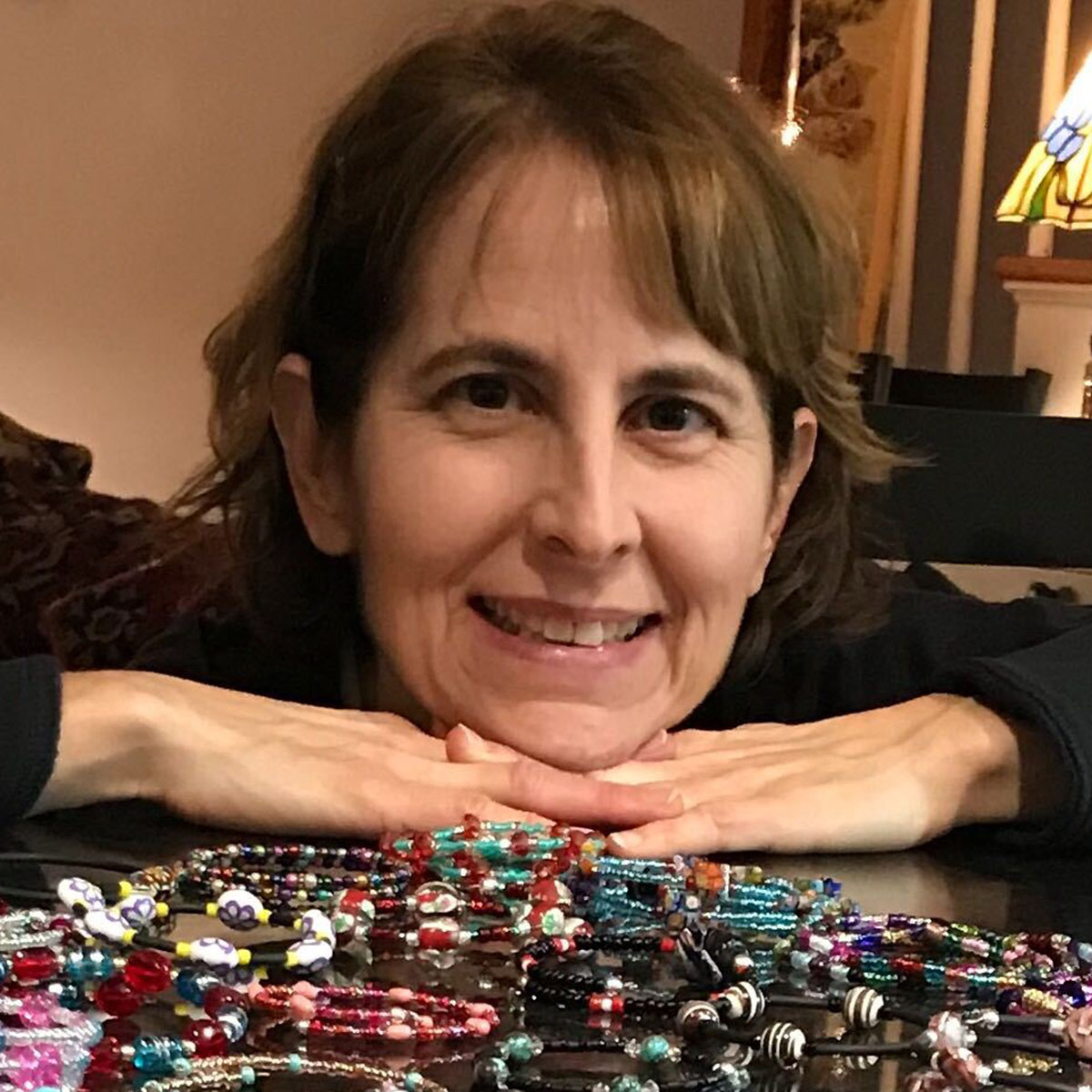